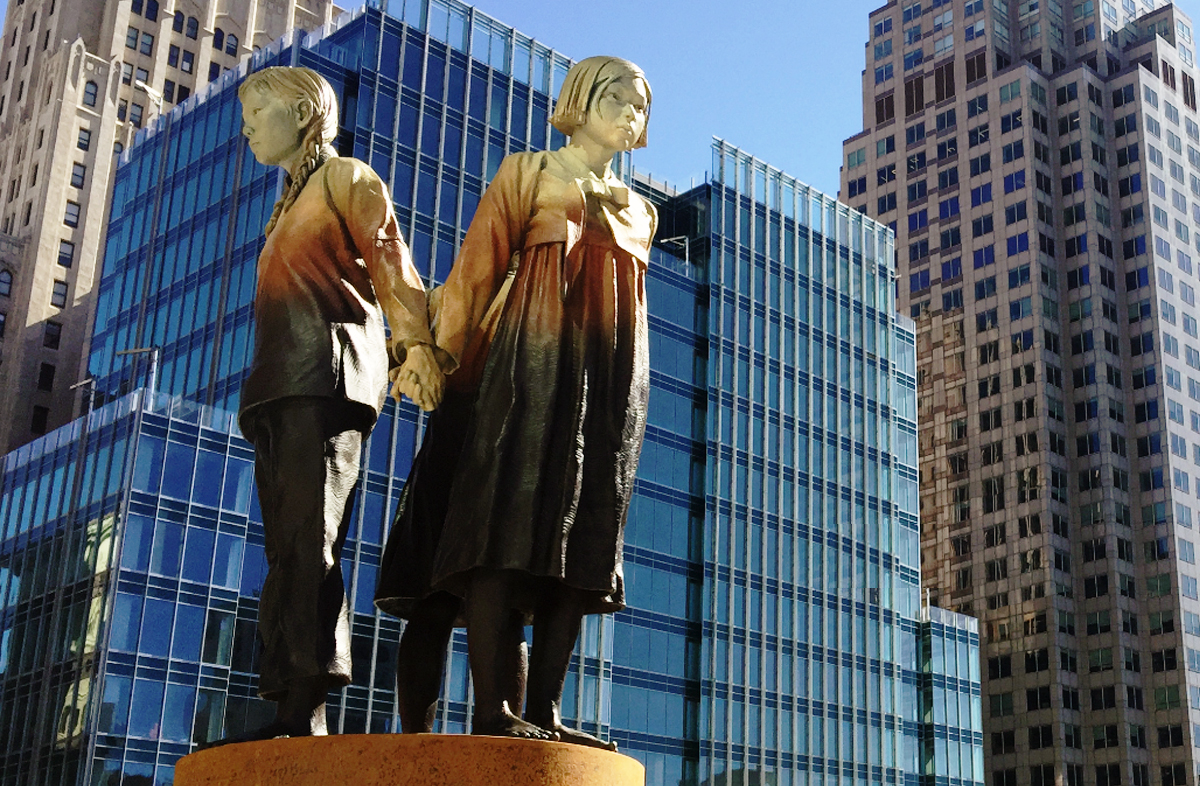 Comfort Women Statue was made by a local artist called Steven Whyte. The statue of three women is holding each others’ hand which represents the victims in China, Taiwan and Philippines.

Comfort Women were those who forced to be sexual slavery for the Imperial Japanese Army before and during World War II. It is estimated that there were as many as 200,000 women were recruited by the Japanese army as comfort woman, and most of them come from the Korean Peninsula, China, Indonesia, Philippines and Taiwan. Besides the statue, there is also a woman statue that represents Kim Hak-Sun who was a Korean human rights activist and the first woman who is willing to accuse the Japanese Army of committing crimes during the war.

The statue in Japan has once caused the dissatisfaction of Japanese government. Osaka Mayor, Yoshimura Hirofumi claimed that the sister relationship established by the Osaka and San Francisco from 1957 will be terminated.

At last but not least, “We dedicate our memorial to all the ‘Comfort Women’ and their unwavering resolve for justice. We pledge to continue our struggle against all forms of sexual violence, and for an end to the sexism, racism, colonialism, militarization, and wars that fuel it. We envision a world free from fear of sexual violence, where all women and girls can live a life with respect and dignity.” – Comfort Women Justice Coalition.