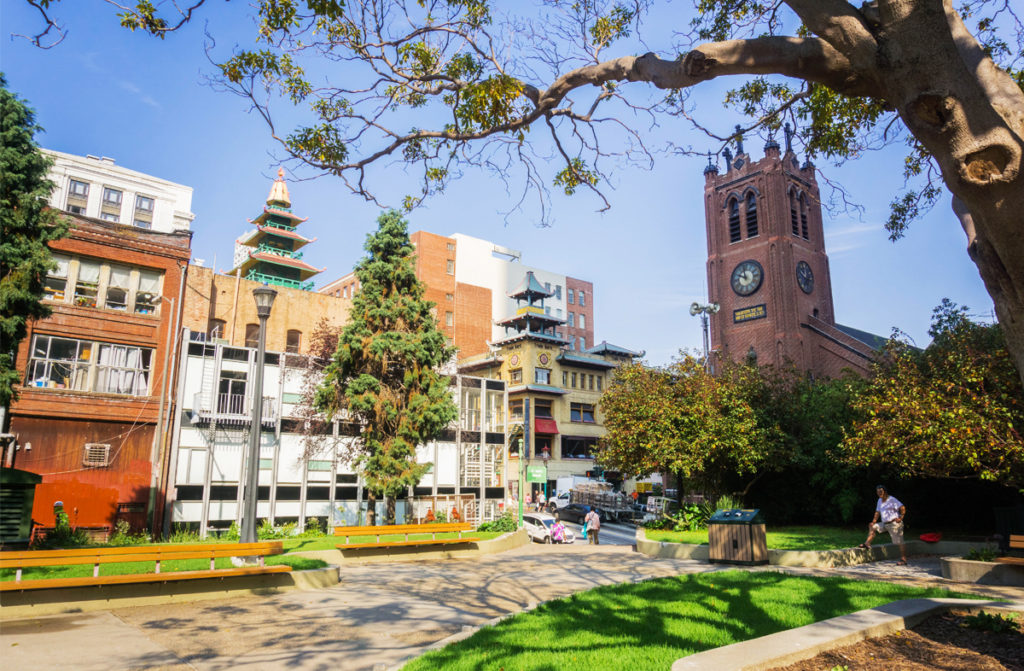 Saint Mary’s Square is a park and urban square in San Francisco‘s Chinatown, in the U.S. state of California. It features a statue of Dr. Sun Yat-sen by Beniamino Bufano.

In 2017, the “Comfort Women” Memorial by sculptor Steven Whyte was added to the extension (it is to the far left as you enter from California Street) commemorating the sex slaves who were forced to work for the Japanese Imperial Army in WWII.  Three young girls:  a Filipino, Chinese & Korean stand onto a pillar while a life-size replica of Hak Soon Kim, the first woman to speak out about how they were sexually enslaved by the Japanese imperial Army in WWII stands below them. The late San Francisco mayor, Edwin Lee, accepted this statue as a public landmark of Saint Mary’s Square on November 23 2017, in spite of endless protests from the Japanese government. This is the only statue in San Francisco honoring women and their courage to speak out against sexual slavery.  It is well worth a visit.