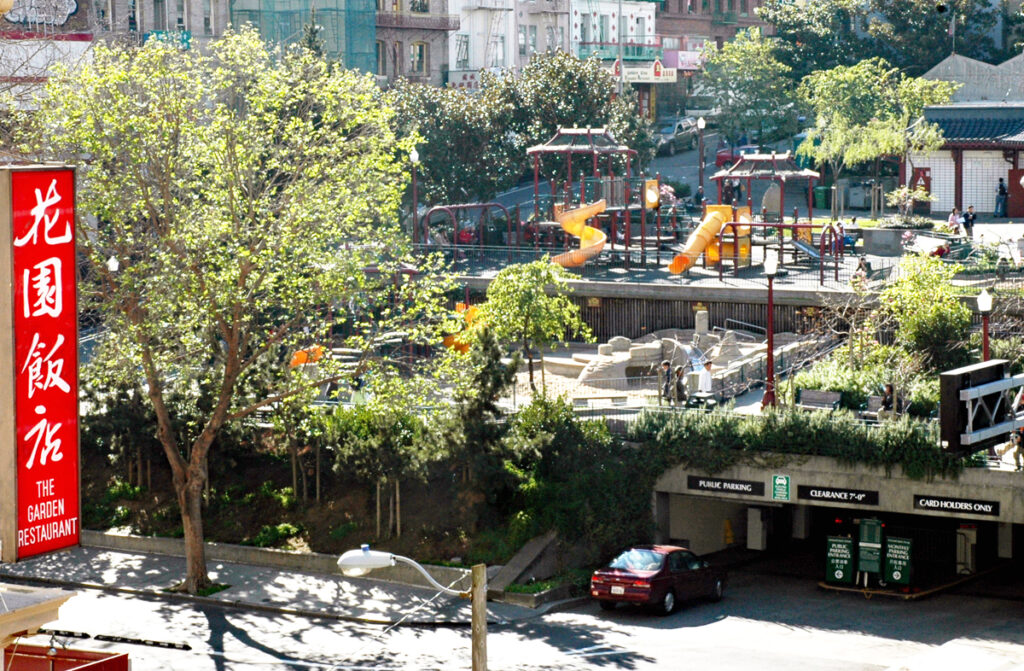 Portsmouth Square was built in the 19th century in the Mexican community of Yerba Buena. There are a lot of historical events happened at the square, for instance, the first California public high school was built there in 1847, California Gold Rush was first appeared there in 1848, a memorial ceremony was held in 1950 to in memorial to Zachary Taylor, the U.S. president, and also a celebration was held in 1850 to celebrate California as the 31st state in the United States.

In 1987, the square has undergone two times of renovation. The first renovation involved installing a new elevator and bathroom. The second #3.9 million renovation project began in 1994 that involved the installation of the children’s play area, chess tables, benches and landscapes. Nowadays, the square is considered as the “heart of Chinatown”.